Home Uncategorized How Will Australia Benefit From The Brisbane Olympics? 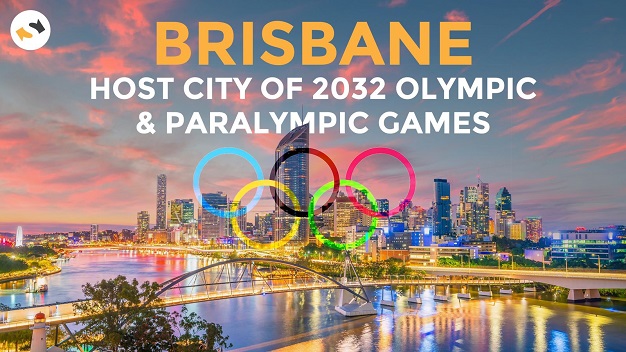 The recently conducted Olympic Games in Japan made headlines all over the globe. Many athletes flocked to Tokyo for the Games and participated with the utmost enthusiasm. The Olympic Games were held immaculately amid the obstacles thrown in by the ongoing pandemic. Living facilities built for the athletes to live inside a bubble away from any chance of contracting the virus. The meticulously held event also witnessed the announcement of the 2032 Olympic Games’ host. 2 days prior to the commencement of the Olympic Games, it was announced by the International Olympic Committee (IOC).

How will the Olympics benefit the Aussies?

With an expected $8.1 billion dollar profit, the Aussies are set to hit a jackpot with the Olympic Games in 2032. The Olympic Games are anticipated to produce $8.1Bn in profit which will surely benefit Queensland’s community. Most of the venues are already ready and those which are said to be redeveloped will give long-term benefits to Brisbane’s community. The Woolloongabba cricket stadium is also set to be put to a $1Bn redevelopment process as it will host the opening and closing ceremony along with some sports games in between.

Apart from the stadiums, experts are also estimating a great surge in employment across the state due to the Olympic Games. The Olympic Games are expected to generate more than 150,000 jobs which will effectively boost the state’s economy profoundly.

The president of the Australian Olympic Committee, Mr. John Coates has also stated that the games will not cost Queensland a penny. All of this is expected to engender a great rise in the real estate prices which will surely be enjoyed by real estate investors.

Olympic Games and Australia: What the past tells us?

The previously held Olympic Games in Sydney, Australia benefited the country in ways unimaginable. The 2000 Olympics held in Sydney gave a great boost to the country’s economy and highlighted Sydney on a global level. Experts and the state’s premier Ms. Annastacia Pałaszczuk has also expressed her elation over the state becoming an investment hotspot and getting global recognition. Post the 2000 Olympic Games in Sydney, Australia, the state witnessed an 88% surge in the median house prices. What’ll it be in the Brisbane 2032 Olympics? Only time will tell!

Take a pre-emptive step and invest in Brisbane, the most rapidly growing investment hotspot, before its late! Get in touch with our expert property consultants and invest now!

We provide property tips, market data, motivation to keep you going through the day and week, and much more!